Dear Sir or Madam,
I want to work, and I know that I’d excel, but this is a glorified lottery;
I match all of your requested criteria, but maybe I’m just the
ƃuoɹʍ sex, or age, or I didn’t

in the correct order, so Brenda from Buckinghamshire was employed instead.

Brenda started out well enough, her bubbling enthusiasm barely containable, but inevitably the
d
r
i
p
of routine ˢᵃᵖᵖᵉᵈ her eventually. The

fades, the bright eyes dim and she’s slumped at home

her eyes out, desperately seeking purpose.

She’s a spoke in the wheel now, and her parents are proud of her for getting a gig with the 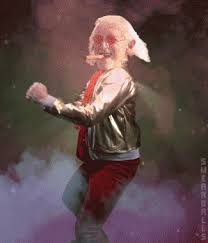 they’re telling everyone they know about it. The burden weighs on Brenda, the signs visible among gossiping co-workers – she’s snappy, obsessive and quaffing cups of corporate coffee until her teeth are stained brown.
Then one day she tops herself,
and somebody else fills her ᵗᶦᶰʸ shoes.

Brenda’s memory fades like an uncared for tattoo. As long as everyone continues to receive virtual strangers’ validation from their sanctuary behind a reassuring cellular screen, and they’ve all got someone to shout at, then it doesn’t really matter.
I
My
<——point ——>
is
I
you can give me the job, or you can give it to the man shouting at pigeons in Wapping town centre, and it’s unlikely that anything I say is going to alter your mind.
In truth there’s probably already an internal candidate lined up for the role and this is just a legal formality anyway.
Employ me and I’ll be great, don’t employ me and someone else could be great, or terrible, or somewhere betwixt the two. You’ll unquestionably receive at least four million applications full of desperation and half-truths.
****************************************************************
I don’t envy you having to wade through that particular sea.

As a young rapscallion stranded on an Island, my time is split between writing, performing spoken word, wrestling alligators and delivering uplifting pep talks to hairdressers before they prune me. I meditate and wash daily when possible.

The site of Dom Kureen

Shattering the glass ceiling - the rise and rise of Wet Leg

ALREADY one of the most exciting bands ever to emanate from Isle of Wight shores, Wet Leg have exp[...]

The top festivals which impact Airbnb prices the most

Airbnb owners are charging up to 105% more to stay at their properties during festival weekends, acc[...]

A band, which belatedly found success after being discovered by a New York record label in 2020, is [...]

A 19-year-old charity cyclist has conquered his challenge of riding almost 500 miles from Largs in S[...]

Welcome to kureen.co.uk, a website devoted to bringing you the best videos, interviews, reviews, enlightening info, podcasts, music and art!